The third and final day of the 2013 Cruise Moab Kokopelli Overnighter. Today our group would drive Rose Garden Hill, Thompson Canyon and Polar Mesa and then into Moab. However Sean and I would have an unexpected twist in our journey and have to break off from the group and return to Moab via one of my favorite locations: Onion Creek Road.

Above: My choice of camp spot (the blue tent) had me up early with the sun. Within an hour everybody was up and getting ready to go. 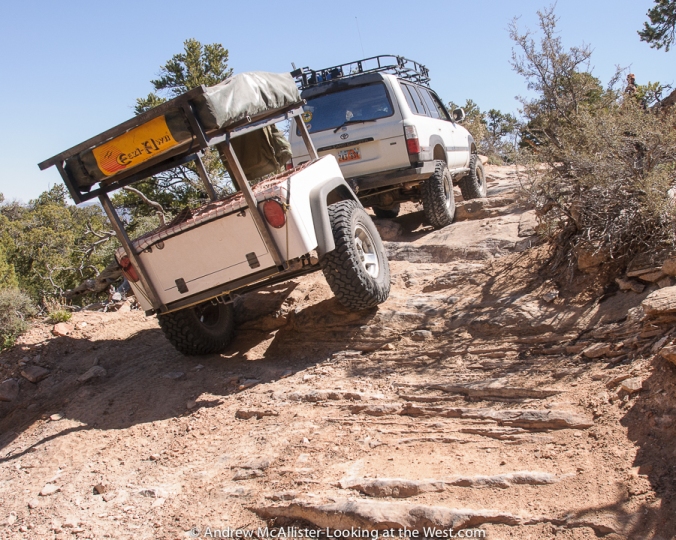 Sean and the Dinoot trailer handle the first steep section with ease.

This section of the trail had a few off camber climbs (above) before a long gentle descent (below).

The tippy section of the trail. This was a somewhat easy section compared to the Rose Garden Hill section.

The Fun Treks Guidebook states that this section pictured below can be tricky in wet conditions. Not a problem today but would hate to be out here in a downpour.

Getting closer to Rose Garden Hill. The flat section below has a bit of a drop off on the drivers side. Just around the bend our group would stop for lunch and to assess the trail condition. A few jeeps were there when we arrived and we watched them struggle down the hill.

Ace and Sandy spot Sean down the top section of Rose Garden Hill. 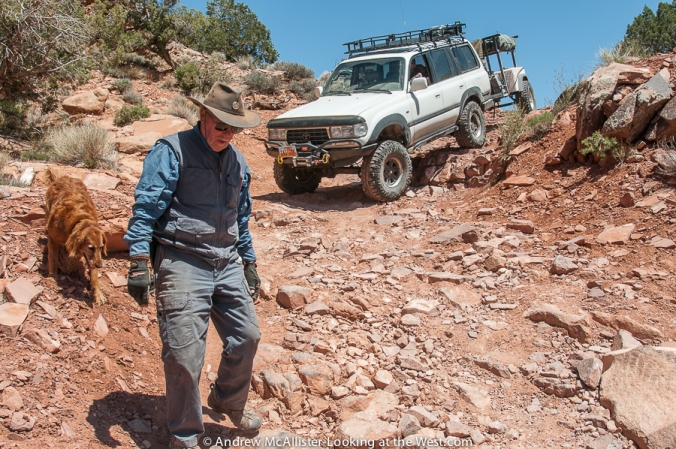 Jonathan spots Sean through a particularly bouldery section (below).

Jonathan spots Darius down a section of Rose Garden Hill. 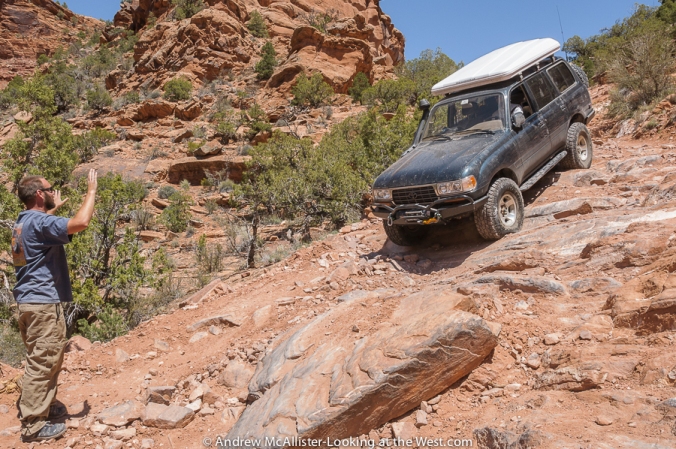 Ace descents a ledge like a champ (below). I think he has done this a few times before…

Sean returns the favor and spots our trip leader Jonathan down the hill.

Jonathan and his family descending Rose Garden Hill with an Adrenalin Camper. Check out the wheels on the LandCruiser.

After all the vehicles were safely at the bottom and via the wonders of onboard refrigerator/freezers had an ice-cream snack before continuing on.

The famous Rose Garden Hill from the base. Does not look so bad…

After the break we headed toward Fisher Valley and Polar Mesa. After the Rose Garden Hill section we just completed the rest of the trip would seem like a cakewalk. 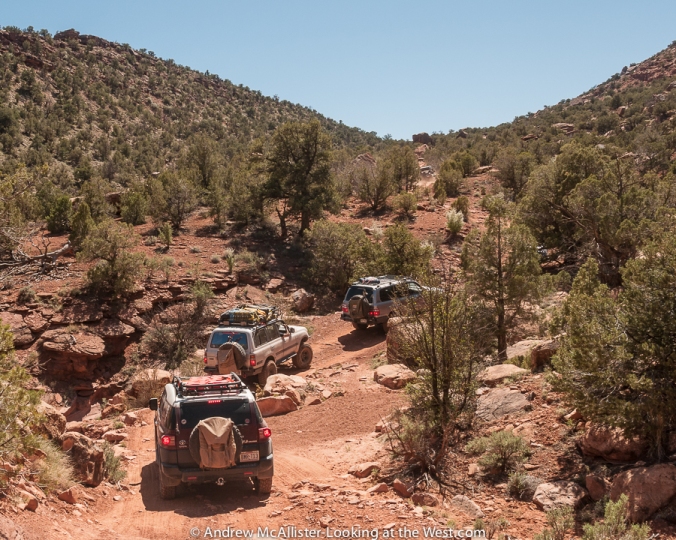 After a mile or so of trail with inter dispersed rocks and curves the road straitened out as we approached Fisher Valley (below). We would continue on through Thompson Canyon and up to Polar Mesa at a good pace stopping once for the group to catch up at an intersection before moving on. The combination of our pace and the fact that I had filled my camera’s cards resulted in no pictures from this leg of the trip.

A good hour or so into this final leg of the trip when the group had stopped and Jonathan was talking to us Sean noticed his prescription glasses were missing. We searched the truck and the areas we had walked in to no avail. A decision was made to break off from the group and retrace our path in search of the lost glasses. We did not have many hours left of daylight so we made good time back to the places we had stopped. Nothing was found at the Fisher Valley intersection so back to the Rose Garden Hill it was. Not unlike finding a needle in a haystack, it was daunting to look up the bolder strewn hill and think they could be found. Long story short, Sean had remembered falling at a point about 2/3 the way up the hill and it was there that he found the glasses on a rock. He theorized that someone found them in the trail and set them on a rock out of harms way knowing that whoever lost them would eventually return looking for them. Pretty amazing that we made it back and found them with about 40 minutes of light to spare. 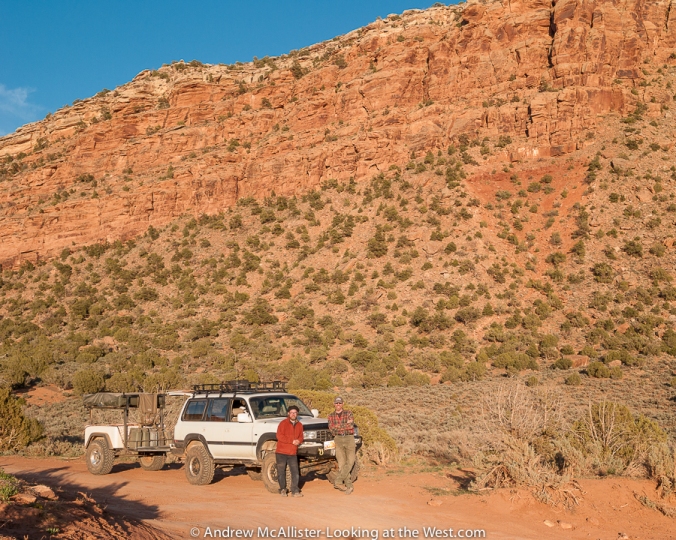 So this 3 day Kokopelli Trail run with the Book Cliff Cruisers ended well with lots of adventure, new trail friends and a couple of stories. For me it was a great opportunity to see some new parts of Utah, learn about reading the trail and seeing where a well equipped vehicle can take you. It also renewed my respect for the rugged landscape and those who cut the original trails, and was great to be apart of a group of drivers that followed the principles of tread-lightly and stayed on the established trails. This year we are slated to do the San Rafael Swell overnighter and it looks to be quite an adventure through some beautiful, remote and rugged landscape. Naturally a blog post or two will be in the works.