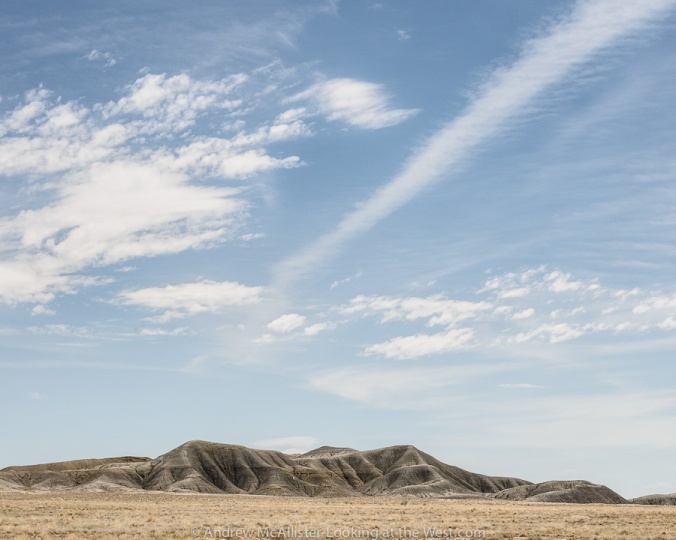 In Southern Utah on the way to Moab from SLC there is a stretch of lonely lumps that the highway passes. Interesting little piles of earth away from the Book Cliffs out in the middle of nowhere. Usually one passes them by at a high rate of speed for they are on I-70 between Green River and Crescent Junction and if you are going to Moab, well you are almost there, why stop. Same can be said of the return north from Moab, we just started the drive and have hours to go, why stop. Recently I had the opportunity to make the drive to Moab by myself and managed to make the 4 hour trip last 8 hours due to lots of stopping and looking around. Well worth it if you are so inclined. On a map the area pictured is called Floy. It’s not a small town or a ghost town it is a “no town” sometimes known as a Ranch Exit (no services). 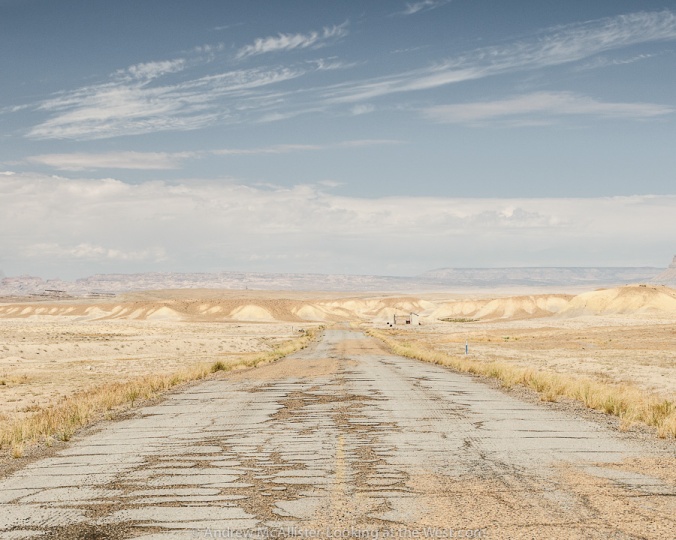 The classic cliché photograph of the open road is one I’ll never tire of. Should you take the ranch exit at Floy this is the road you will be traveling on as you go west to Green River. After a few miles of rough road you will wonder why you are taking slow a desolate alternate route when a much smoother and nice road is just a mile to the South. For starters you can stop just about anywhere. The time I spent out there the only other vehicles I saw were a pair of adventure motorcyclist. Stop and look around, take pictures, think about stuff, look for animals, whatever. When these pictures were taken it was pushing 100 degrees and the place was like an oven. Sunscreen, wide brim hat and long sleeve linen shirt are all recommended. In the 30 minutes or so that I was out in the sun my aluminum tripod legs and camera became hot to the touch and I downed a liter of water. This two lane road with minimal upkeep reminded me of being a youth in the 1970’s and traveling great distances in a VW Bug with the windows down, arm hanging out and hot as heck. Traveling in the air-conditioned and window tinted vehicles of today sometimes feels like cheating. I can imagine what it was like traveling these roads in an old Packard or other late 40’s car would have been like. I have nothing against the modern highways but it is the roads less traveled (paved or dirt) that are the most enjoyable for me.